You never know what you’ll find when you actually elect to leave your house. Last Saturday the sister-in-law was down from Virginia for a few days.One of the things the mother and sister in law like to do is garage and estate sale. I honestly wasn’t going to get my lazy behind off of the couch except she was only here for three days and honestly I have really good sister in law.

So off we went to a community garage sale. I truly expected not to find anything to bring home and I didn’t but I do have pictures of old radios, gramophones and record players. You know those things that played vinyl. Yeah that stuff, the stuff that came before the 8-track, the cassette and the CD player.

My kids have absolutely know idea what these are and no appreciation for vinyl. I’m just waiting for the teenager to announce that she’s found the coolest things and it will be an old LP. At least I hope. It’ll be something new and unheard of to her. While to me it is familiar and nostalgic. 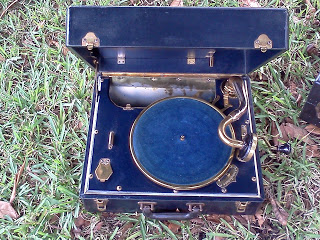 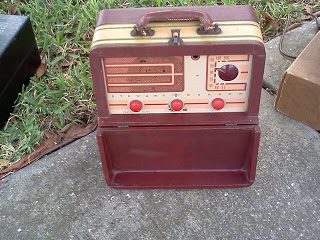